Today the European Chemical Society announced that Prof. Sílvia Osuna has been granted the EuChemS Lecture Award 2021. This honour is awarded annually to a junior scientist working in chemistry in one of the countries with a EuChemS member organization (in Spain: the Royal Spanish Chemical Society and the Catalan Chemical Society). Candidates are scientists who have made major contributions to any area of chemistry and significantly advanced our understanding in it.

Sílvia’s research focuses on the rational design of enzymes for enabling the synthesis of specific products using computational tools. Since returning in 2013 from the Houk Lab at UCLA where she spent two years with a Marie Curie fellowship, she managed to become one of Europe’s most distinguished scientists in the field of biocatalysis. She is well known for her contributions of highly innovative computational algorithms and tools to gain insights into how enzymes work and applying these to improve enzymes as biocatalysts. These newly developed protocols predict mutations within the enzyme active site and far away from it, which so far was possible only through trial-and-error in directed evolution (for which Prof. Frances Arnold received the Nobel Prize in Chemistry in 2018).

Sílvia made seminal contributions to the key role played by computational tools in biocatalysis and demonstrated that conformational dynamics need to be considered for successful enzyme design. Her protocols significantly extend the toolbox for rational enzyme re-design beyond just a few residues within the active site, something that had not been possible before her work. This computational design of enzymes is a very novel and exciting area, with the promise that ultimately biocatalysts can be designed for any chemical reaction using de novo design. 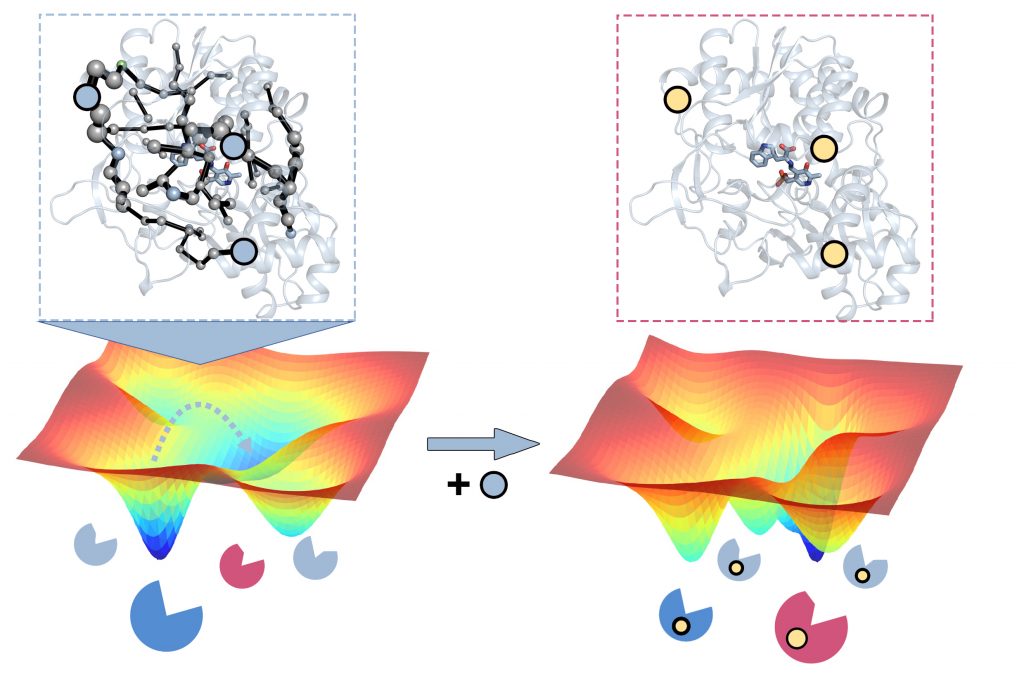 Her scientific excellence has been recognised through several honours and awards. She received among others the Catalonian National Research award for Young Talent (2019), the EuChemS Organic Division Award (2017), the FPdGi Award for Research (2016, awarded by the King of Spain), and two awards by the Spanish Chemical Society (Lilly-RSEQ award 2019, Young Researchers award 2016). She was the main organizer of the recently held Girona Seminar on Biocatalysis (May 31-June 3, 2022).

Her research lies at the interface between computational chemistry and biology, and focuses on the study of biochemical processes mainly related to enzyme catalysis. Her lab is developing new computational tools for predicting which amino acid changes are required to the enzyme structure for allowing novel function. Her goal is to enable the routine computational design of proficient enzymes to boost their use in industry.